When I was a kid, my grandparents bought a dog from the House of Puppies. I never thought twice about it because Angus, as they named him, was a cute, fun puppy. Looking back, I have a few questions. Sadly, I know the answers.

Most puppies from pet stores come from puppy mills (the exception being pet supply stores that showcase adoptable dogs from local rescue groups). Puppy mills are large-scale, commercial dog breeding facilities that breed dogs repeatedly. While the puppies are sold to families, their parents suffer in dirty cages for years, often with little to no veterinary care. These places are like factory farms for dogs. A pedigree doesn’t mean a thing–dogs from puppy mills can have pedigrees and be AKC registered. Never buy a dog from a pet store, not even to “save the puppy.” You’ll just be putting money into the wrong hands and increasing demand for more dogs. 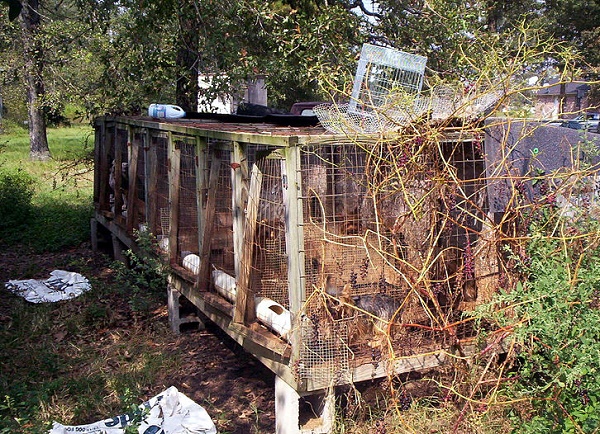 Buying a puppy online is a recipe for disaster. The dogs likely come from puppy mills too. A “responsible breeder” won’t sell to an unknown person and ship dogs (I put quotes around responsible breeder for reasons I’ll address below). An online purchase is opening the door to scam artists who might take your money and not deliver the “goods.” Puppies might be sick, or “not as advertised.” Many puppies die during transport. Even if  puppies make it to their destination and are healthy, online sales support a shady business that puts money before the dogs’ well-being. Don’t do it!

Smaller, non-commercial operations also abound. Maybe it’s because someone wants a litter to show the kids “the miracle of life,” or they have an idea for a “boutique dog” (cockapoo, puggle anyone?). Backyard breeders know nothing about their dogs’ genetics or how to avoid congenital issues with the puppies. Sometimes the litter was a complete accident. They often sell unlicensed puppies online, at flea markets or on Craigslist. Don’t support this irresponsibility.

This is the preferred term for people who specialize in specific breeds, selectively breed a limited amount of dogs, and are careful with regard to genetics, screens prospective owners. Responsible breeders will take back their dogs at any time for any reason (thereby keeping dogs out of shelters) and often are involved with breed-specific rescue. Of these four categories, this is the best one. Judging by the number of purebred dogs in shelters, it’s also the rarest.

Despite some people being relatively responsible with their dog businesses, I can’t endorse buying a dog. Why? Because 2.7 million adoptable cats and dogs are euthanized in the US every year. Almost half the households in the country have at least one dog but only 20% of the dogs were acquired through adoption. Of the 83 million dogs in homes today, 20 million were rescued. That’s great, but it also means if we don’t buy from breeders, we could clear out the shelters overnight! And not until shelters are empty would I even consider endorsing breeders.

Contrary to what a lot of people think, you can get puppies and purebreds (and purebred puppies) at shelters–25% of the dogs in shelters are purebred. And the dogs aren’t bad. They often end up in shelters because they were lost, their owners were moving, had too many other animals, had a baby, developed allergies, or couldn’t afford caring for the dog.

When someone adopts a shelter dog, they make room in the shelter for another needy dog. Conversely, when someone buys from a pet store, online, or from a breeder, they essentially let a shelter dog die. For every dog purchased, one isn’t adopted. Yeah, yeah, dogs in shelters “aren’t my problem.” but it sure is nice to help out an animal in need.

I prefer shelter dogs because I get to meet them, assess their personalities, and adopt one that fits with my life and the other animals I live with. I’ve only adopted adult dogs, which meant I didn’t have to housetrain them, they didn’t destroy my house with chewing like puppies can, and they were already fixed and vaccinated.

When you’re considering a new addition to your family, walk past that window and straight into your local animal shelter.

7 thoughts on “How much is that doggie in the window?”