In the USA alone, more than $16 billion dollars of taxpayers’ money is spent on needless animal experiments every year. It’s a number that boggles my mind. I can’t even fathom the scale of abuse that 100 million animals endure in the name of “science.”

It frustrates me that I can’t earmark my tax dollars and funnel them into education, healthcare, and parks instead of cruelty.

Just when I thought I’d heard it all, I read a New York Times article about a taxpayer-funded animal research facility in Nebraska. This horrific lab conducts research on farmed animals to benefit the meat industry. They receive $22 million dollars of taxpayer money a year to torture and abuse animals. The experiments are so gruesome even people in the animal agriculture industry are appalled!

I’m grateful to the whistleblowers who shed light on this atrocity (and the journalists who ran with the info and got the story published). The NYT article exposes experiments at the 50-year-old U.S. Meat Animal Research Center.

At the Center, animals are genetically modified to produce more offspring–and the result is often babies who are born with horrendous deformities. Vet care is inadequate, “caretakers” aren’t properly trained, animals are starved to death, and newborns are left to die in open fields. 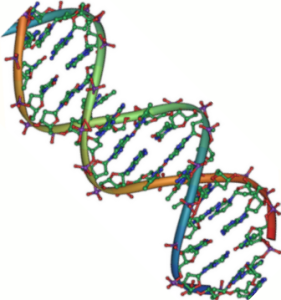 This is all in the name of higher yields and bigger profits. Researchers are looking for ways to produce heartier animals and more meat. It’s a twisted tale that belongs in a sci-fi movie–but it’s reality.

Sadly, cows, pigs, and sheep are excluded from protection under the Animal Welfare Act (AWA). Only Congress can stop such egregious animal suffering by making changes to the Act.

The American Anti-Vivisection Society has put together a great page to help you reach out to your legislators.

Please tell your legislators that you are outraged that federal government funds are used for such cruelty and that it must be stopped. Politely tell them that ALL animals deserve protection under the Animal Welfare Act.

There are so many reasons why I want nothing to do with the meat industry. I don’t willingly give them any of my money. I hate that they get taxpayer funding. With enough public pressure, taxpayer–who also happen to be voters–can get this place shut down!

Please help me shut it down!