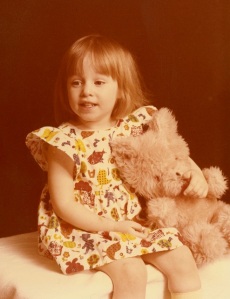 Are people innately compassionate? I’d like to think so, but I’m really not sure. All I can do is speak for myself.

I had my first taste of vegetarianism in the womb. No really. My mom decided that a plant-based diet would be the best thing for my development. She’s always cooked healthy meals, and excluding meat made sense to her. My mom’s a vegan now, but in the 1970s, people told her that meat was good for us. That growing children needed it. So with reluctance, she served small portions of meat every now and then. She’s never cooked a roast or chicken. Performing autopsies in the kitchen didn’t interest her.

At the age of three, I was happy and oblivious to most things. I was learning to read, and interested in books, dolls, cars, and my trike. Animal rights wasn’t something I even knew about. 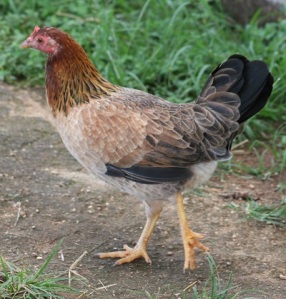 Ding! A light went off in my head. “I’m not hungry anymore.” I pushed the plate away.

I don’t remember that incident, but my mother did. It was profound. I didn’t want to eat animals. For a while, people could trick me by calling something “meat” instead of “fish” or “chicken.” But in a few more years, I gave it all up.

I’ve heard other stories and I think a lot of kids are initially uneasy about eating animals. But we’re talked into it by grown-ups–the people we trust (or have to obey). Soon, we don’t think about it and we get desensitized to it. But it’s not wrong to feel your conscience tugging at your heart. It’s good to question our choices.

Do you remember making the connection between animals and meat? When was it?