During my trip to Germany this past summer, I got to visit Café Katzentempel, Germany’s first cat café. What made this place extra special was the 100% vegan menu. 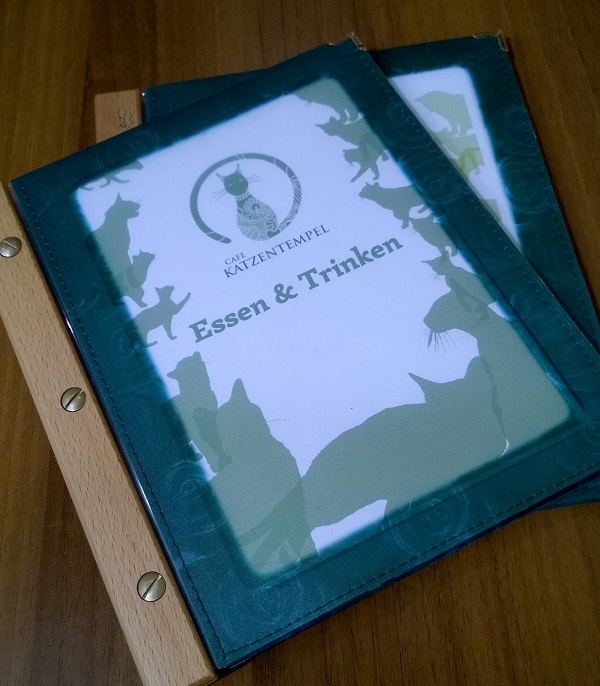 Katzentempel (Cat Temple) is a wonderful café and restaurant in Munich. Students from the nearby university sipped on cappuccinos worked on laptops, while at other tables, groups dined on delicious vegan fare. 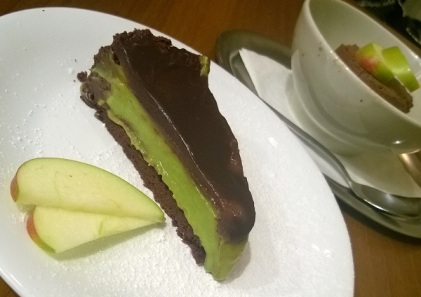 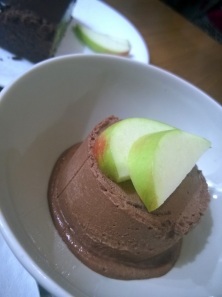 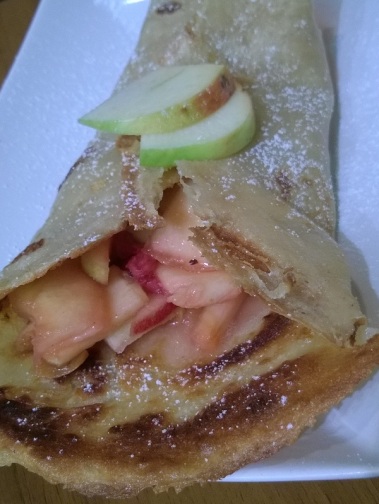 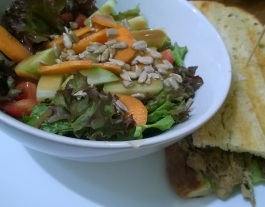 salad and a sandwich 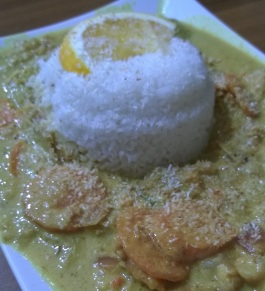 The food was ganz lecker (totally delicious) but the cats stole the show. Six rescued resident cats made themselves at home in the café. 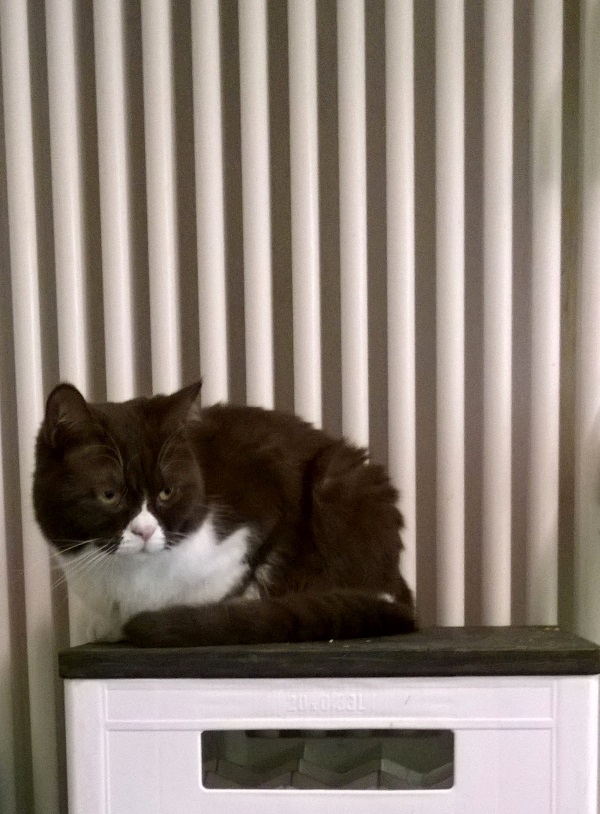 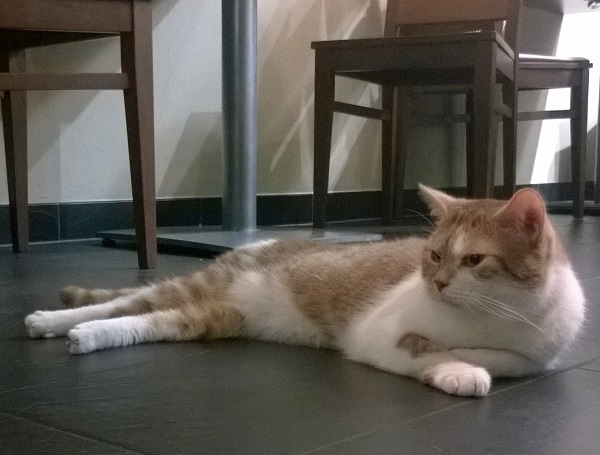 Even the artwork was cat-themed. 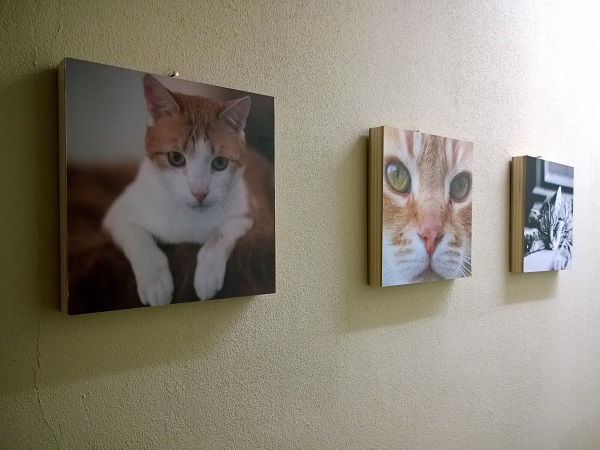 I liked that the cats’ wellbeing was paramount. No flash photography and no manhandling of the cats allowed. Of course, we were lucky and some of the cats visited us. On their terms, of course—as cats prefer. 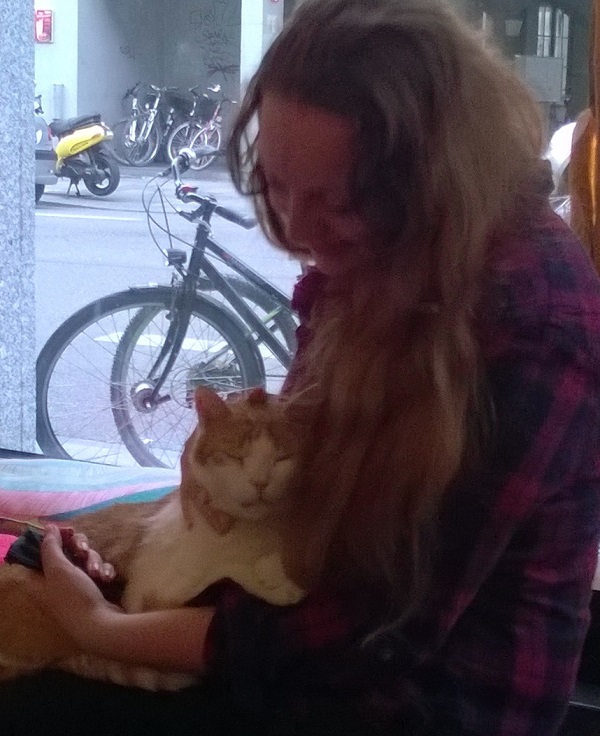 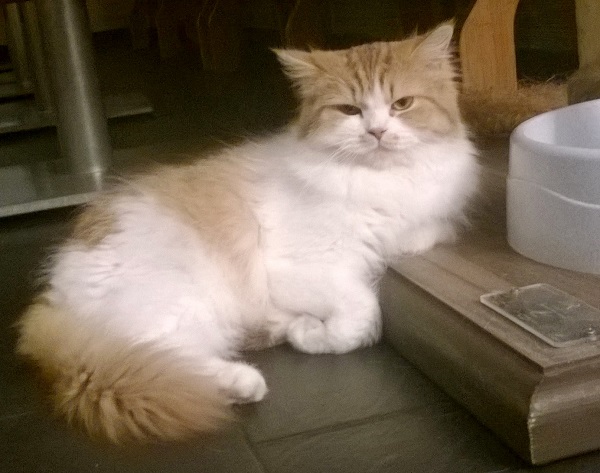 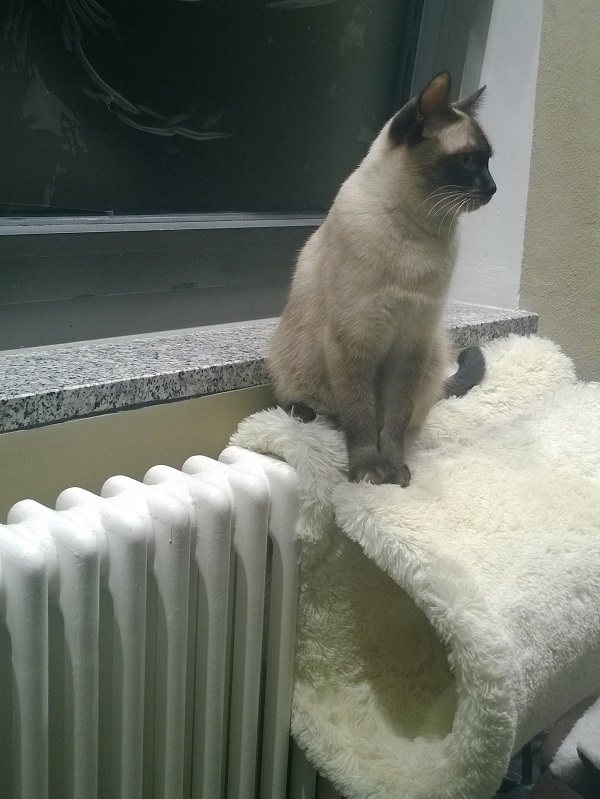 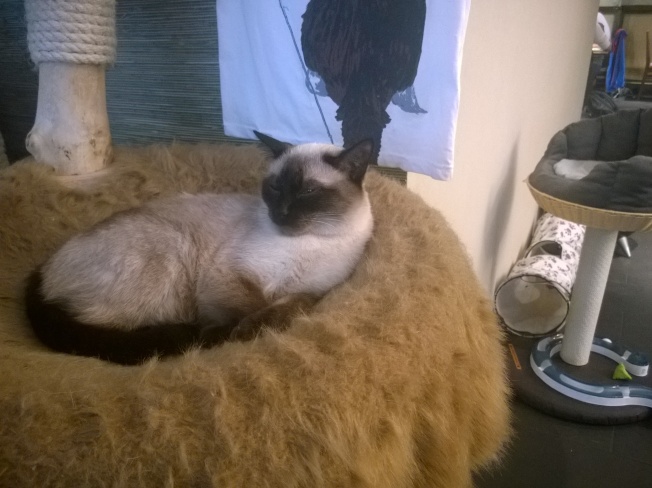 I was lucky that one of the café owners was there so I learned firsthand about how the café was created. Thomas Leidner came from the world of finance but wanted to do something completely different. An ethical vegan, he knew the cats would be a huge draw, and would help him reach more people with delicious vegan food. He’s helping people improve their relationships with animals in more than one way!

Balou sees an opening on the calendar. Next time you’re in Munich, stop by—the cats will be waiting for you!

I’ve never liked the idea of declawing a cat–claws are part of who they are. That’s why my cats have theirs. I recently watched a riveting documentary called The Paw Project and it builds an airtight argument against declawing.

But my first cat–a kitten I’d found in my late teens–was declawed. I sent her in to have the procedure and I can share first-hand why I’d never do that again.

I wasn’t planning to get a cat. She found me I guess you could say. I lived in an apartment that didn’t encourage pets and if cats were to be allowed, they had to be declawed. I couldn’t afford to move, and I was too selfish to rehome the cat. For her best interests, I should have found a home where she’d be allowed to remain whole.

When I brought my cat back from the vet, she was in a lot of discomfort. To see her limping and favoring her front paws broke my heart. She left bloody footprints around the apartment for a week too–my first realization that declawing isn’t a simple procedure; it’s an amputation.

Declawing consists of removing the first joint of each toe–because cat’s claws grow from the bone. My cat endured ten amputations for no good reason. She couldn’t scratch carpets, walls, or furniture, but she also couldn’t stretch and climb like a normal cat. She was indoors-only, but one afternoon I had her on a harness and leash when a dog rushed onto the property and tried to maul her. She climbed the nearest tree, but without a grappling-hook grip, she fell back toward him. By sheer luck she reached a horizontal branch on her second try.

In her old age, she wobbled on arthritic feet and stopped using her litter box. I didn’t know it at the time, but that’s common with declawed cats.

Cats need to scratch. It’s a territory marker (with both scent and visual clues). It’s good for their muscles too. I have a tall cat tree for my cats to climb and strategically placed scratching posts around my house. My cats prefer their posts to my furniture. In a few cases, I’ve had to put double-sided tape on sofa corners until they got the hint that the furniture isn’t for scratching. I trim my cats’ claws regularly too. No matter what, my cats’ wellbeing is more important than my sofa! 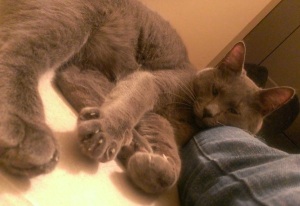 Cats’ claws are important for self-defense. They use them to fend off attackers and to make a quick getaway. Cat scratches hurt, but cat bites are more dangerous. If a cat loses her toes and claws, she’ll be more likely to bite. It’s better to adopt two kittens together (so they can roughhouse and learn about boundaries) or use toys–not hands–to play with an energetic cat.

If a cat experiences pain in the litter box (from a UTI or painful feet), he’ll likely associate the location as the source of the pain and change his behavior. With age, amputated toes often become arthritic and painful. Many cats who experience this will develop litter box issues.

Basically, removing claws doesn’t benefit the cat; it benefits only the owner. That’s why it’s unnecessary and uncalled for. If a piece of furniture is more important than a cat’s well-being, then maybe a cat isn’t the best choice. If someone is worried about junior being scratched, then adult supervision is needed. Teaching kids to play appropriately with cats, and never leaving little kids unattended with cats is the most sensible option.

Many countries and (as you’ll learn in The Paw Project) some cities in the USA have banned declawing. It’s barbaric and should be banned nationwide. I wasn’t educated on the risks and dangers of mutilating my cat with a declaw procedure. At the bare minimum, people need to know what they’re subjecting their cats to and what the outcomes are. I’m happy to report that my current vet is very anti-declawing. She won’t do the procedure. Instead, she educates cat guardians and works on changing problematic behavior.

I hope that’s the norm and that declawing will be sent to the history books.